Once upon a time there was a dictatorial leader with small hands (a fact he famously tried to hide by hiding one in his coat) who felt he was the best real estate dealer in the world. He might have been, he certainly drove some pretty hard bargains in his day. James Monroe and Robert Livingston negotiated with France to purchase New Orleans and parts of what are now Florida for the sum of $5 million, but our shrewd leader refused to sell. The United States doubled the offer to $10 million, but still the leader refused to sell. He knew that he would never be able to unload the rest of the parcel if he sold off the jewel, New Orleans, so he insisted the United States had to take the entire Louisiana Territory for $15 million. We signed off, Napoleon squandered the money on gold furnishings and trying to conquer Russia, and the United States doubled in size overnight.
The Louisiana Territory got its name in 1682 when Robert Cavelier de La Salle claimed it in the name of King Louis XIV of France and named it the “Land of Louis”. Most folks do not realize that the Louisiana Territory stretched from the Gulf of Mexico to the Canadian border.
Louisiana is the one of only two States in the Union that is not divided into counties. Louisiana is comprised of 64 parishes now, but before 1807 it WAS divided into counties. I rather think they switched to parishes to be contrary and maintain their unique character. Louisiana is also the only State whose laws are not directly descended from English Common Law, but rather from the Napoleonic Code. How does this make Louisiana different? Not a clue, I never took the Louisiana bar exam.
Louisiana has many quaint customs and annual festivals. No, I am not talking about Mardi Gras. What’s to know? People throw cheap beads from floats, people you probably didn’t want to see topless flash the crowds, someone breaks a tooth finding a plastic baby in a cake more tasteless than 3-year-old fruitcake, and the next day everyone does research on hangover remedies. Or so I am told. No, I am referring to the annual frog festival held in Rayne, Louisiana, the self-described “Frog Capital of 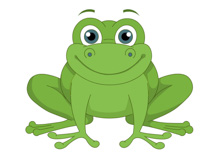 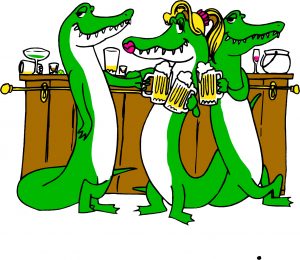 to have one of the largest (and occasionally THE largest) alligator populations in the United States. There are an estimated 2 million alligators in the wild and another 300,000 of the little darlings on farms. Alligator meat and hides bring in about $57 million annually to the State. The alligator population is also the reason for a Louisiana-centric law. It is illegal to tie your alligator to a fire hydrant. One has to wonder where you are supposed to tie up your alligator then. Make sure you don’t run off with anyone else’s alligator, the penalty for stealing someone else’s alligator is ten years in prison (coincidentally that is the same penalty as that for stealing crawfish).
Louisiana is known as the Pelican State, and the State bird is the Eastern brown 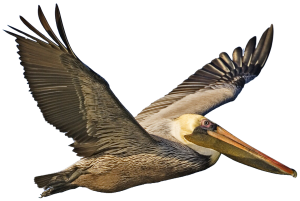 pelican. The species nearly became extinct in the State due to overuse of some pesticides. The bird had to be reintroduced to the State and thanks to an active breeding program (which I suspect involves frequent trips to New Orleans) the Eastern Brown Pelican has made a comeback with an estimated 40,000 birds in the wild. I could not find any figures for domestic Eastern Brown Pelicans, but I bet you can tie one to a fire hydrant.
I would point out that Louisiana (in particular, New Orleans) is the home of Jazz, but that is pretty obvious. What came as a surprise to me was that Louisiana is the home to the first public performance of opera in the United States. It was a performance of 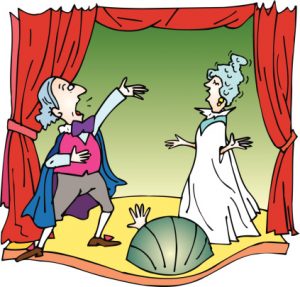 Sylvain at the Théâtre de la Rue St. Pierre in New Orleans on May 22, 1796. Opera did not exactly catch on like wildfire, but the theatre did, burning to the ground 20 years later.
Louisiana is not terribly high above sea level. The highest point in the entire state is only 535 feet above sea level. The lowest point was Hurricane Katrina. The low-lying nature of the State is why it is the custom to bury the dead above ground in mausoleums.
I could go on about turducken, and the idea that it was invented by a Chef in Louisiana, despite the fact that I can document swan stuffed with goose stuffed with duck to the 14th century, but Shirley is already more than a little peeved with how late this has been. But I cannot close without a nod to one seriously weird law:
It is illegal in Louisiana to dare someone to go onto, or lie down on, railroad tracks unless you own said railroad tracks. Really, one does have to wonder why some of these things need to be made laws. 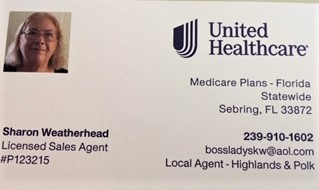