Theme: Jesus is our Lord and Savor; Angels are messengers 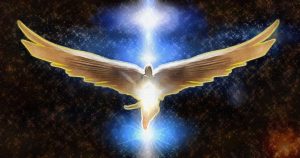 Introduction: In our final study of angels today, we turn to the letter of Hebrews. This letter masterfully connects the Old Testament and the New Testament. Hebrews is a book of comparisons and contrasts. The New Covenant is seen against the backdrop of the Old. The New is seen as being better. “Better” is the operative word. The New Covenant is better because it is more inclusive (it includes Gentiles); it has a better Mediator; a better High Priest; a better King; and a better revelation of God. What the New Covenant has that the Old Covenant lacked is the fulfillment of the promised Messiah. In a word, we have Jesus — the Word made flesh. The first two chapters of Hebrews focuses on the comparison between angels and Jesus and His supremacy over angels.  To speak of “supremacy” is to speak of that which is “above” or “over” others. It reaches the level of the “super.” In our language it refers to that (or who) is greatest in power, authority, or rank. It is also used to describe that (or who) is greatest in importance, significance, character, or achievement — the “ultimate.” In all these areas of consideration, Jesus ranks as the ultimate or supreme over all things including angels. We should know about angels, appreciate them, and even praise God for them. But like them, our focus is to be on Jesus who is above them in every way.

Conclusion: Angelic messengers are good, and God is still using them today to minister to us and bring us His messages. But we have the completed word of God confirmed in Christ who is our Savior and the Holy Spirit living within us. We should know about angels, appreciate them, and even praise God for them. But like them, our focus is to be on Jesus who is above them and superior to them in every way!

Introduction: God can choose any method He wishes to perform His service in the lives of human beings. The faithful service of angels to mankind is one of those methods God chooses to use.  Hebrews 1:14 tells us God’s holy angels are constantly ministering to the church and the individual Christians all over the world today. They certainly deserve our attention and gratitude. I pray that from our study so far, you have gained a greater biblical understanding of these ministers and a deeper appreciation for the great care God has taken to guide, protect and provide for us, His children, through them. I believe we should at least respond to them in three ways:

But we must be careful not to take that too far. It is wonderful to know about and appreciate angels, and we should because the Bible spends a lot of time talking about them. However, there is a danger to putting an over emphasis on them. Paul is addressing this issue in our text.

Sermon September 12, 2021 Angels Keeping Them in Their Place

Theme: Angels are God’s agents who worship Him and carryout His commandments for the world

Introduction: Polls and surveys tell us that a majority of people believe that angels exist…. but the angels they believe in may have more to do with fiction than reality. Many people only know what they know about angels from pop culture, books, or movies. But these have actually contributed a great deal to the fallacy about angels.

We have learned that angels are ministering spirits, and angels are innumerable. But what is their primary focus?  If I asked you, what is the job description for angels? How do you think you would answer that? Does the Bible tell us what angels actually do? YES! A quick glance at our text tells us God’s holy angels, worship God, do His word, obey His voice, and act as His ministering spirits.

Except there is so much more to the magnificent story of angels.

Sermon September 5, 2021 Angels: What do Angels do

Theme: Angels are created beings with superhuman but limited powers

Introduction: We truly live in a vast universe. When we look up into space, we are looking into an endless universe that stretches billions upon billions of light years into space. And the question is asked whether there are other life forms out there, and have they visited earth?

The answer is “yes.” In fact, the Bible declares there are literally millions of beings occupying the universe all around us. Their number is too many to count. But these amazing beings are known as angels, and they have mingled in the affairs of men sense the beginning of our time. In fact, Hebrews 13:2 says, some of us may have entertained some of them unaware. There is a good bit of information and misinformation in the world today about angels. In this new sermon series, we want to gain a clear and biblical understanding beings around us and what their existence means to us.

Listening Guide: Angels (Part 1) God’s Agents and Our Helpers – What are they?